A Summary of Swift’s The Benefit of Farting Explain’d 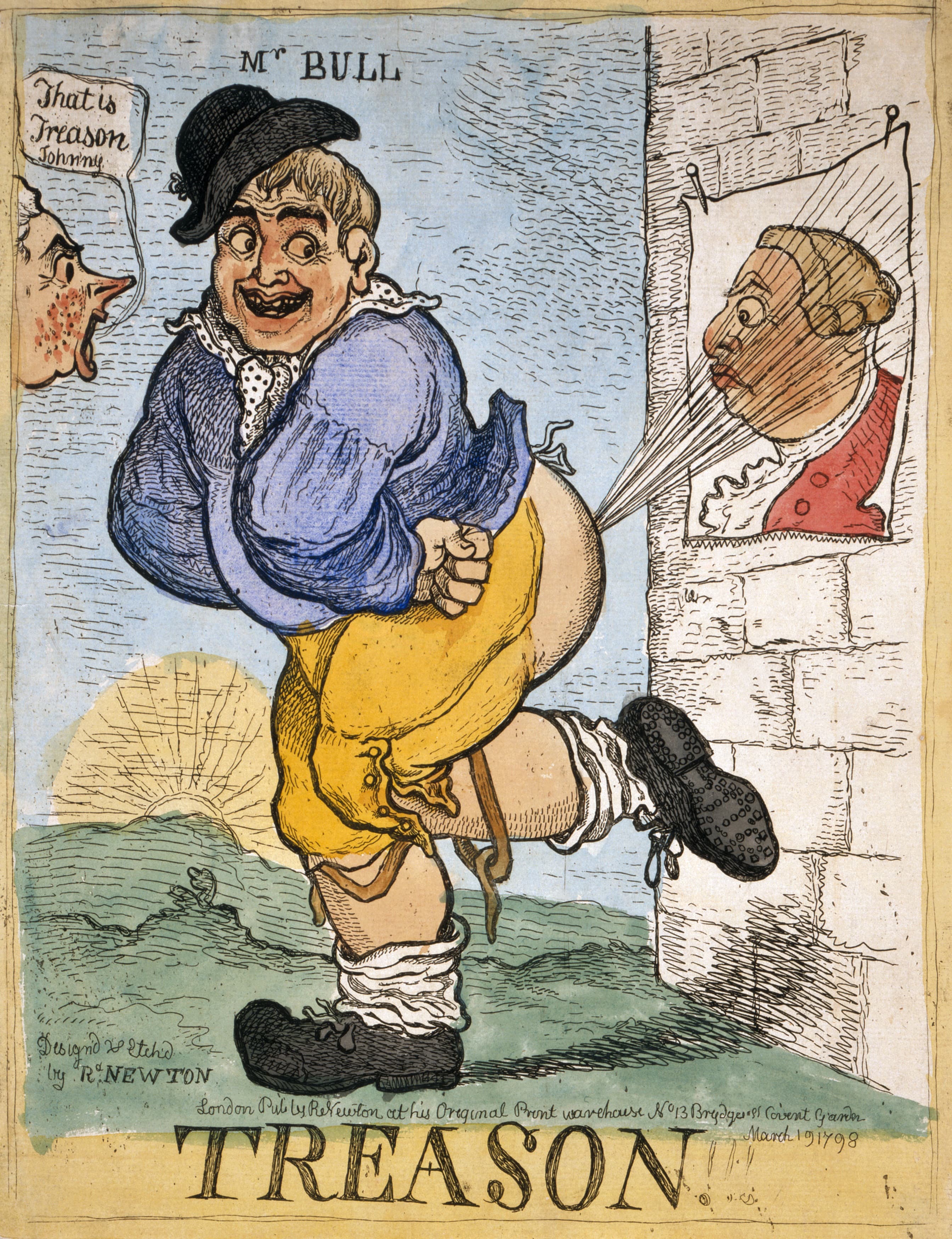 Jonathan Swift is prompted to publish this piece, “The Benefit of Farting Explain’d,” in 1722 because he has found that ever since women have begun drinking tea and coffee they have been suffering from a “Train of Distempers, scarce known to our Forefathers” and “as universal among us as the Small Pox.” He thinks it is dangerous to the health of women to drink coffee and tea. But he does agree that coffee in the mornings at home “promotes free Circulation of Intelligence” in women since they are forbidden from expressing that intelligence in the public coffee houses. Coffee houses were first established in England in Oxford, by a Jewish entrepreneur named Jacob in 1652 (Wikipedia).

This is a work of satire, but it does take the usual form of a “wise” man talking down to everyone else while simultaneously making themselves sound like they are merely motivated to help instead of criticize. The work is predominately sexist to our modern eyes. At the time, Swift was criticizing the taboo of farting that was cropping up in polite society. The taboo still exists.

But on another level, this also represents the rapid adoption of tea, coffee, and chocolate into European diets and people’s reactions for or against it. Just a cursory look at books from this period tells one of the drama around these new imports: 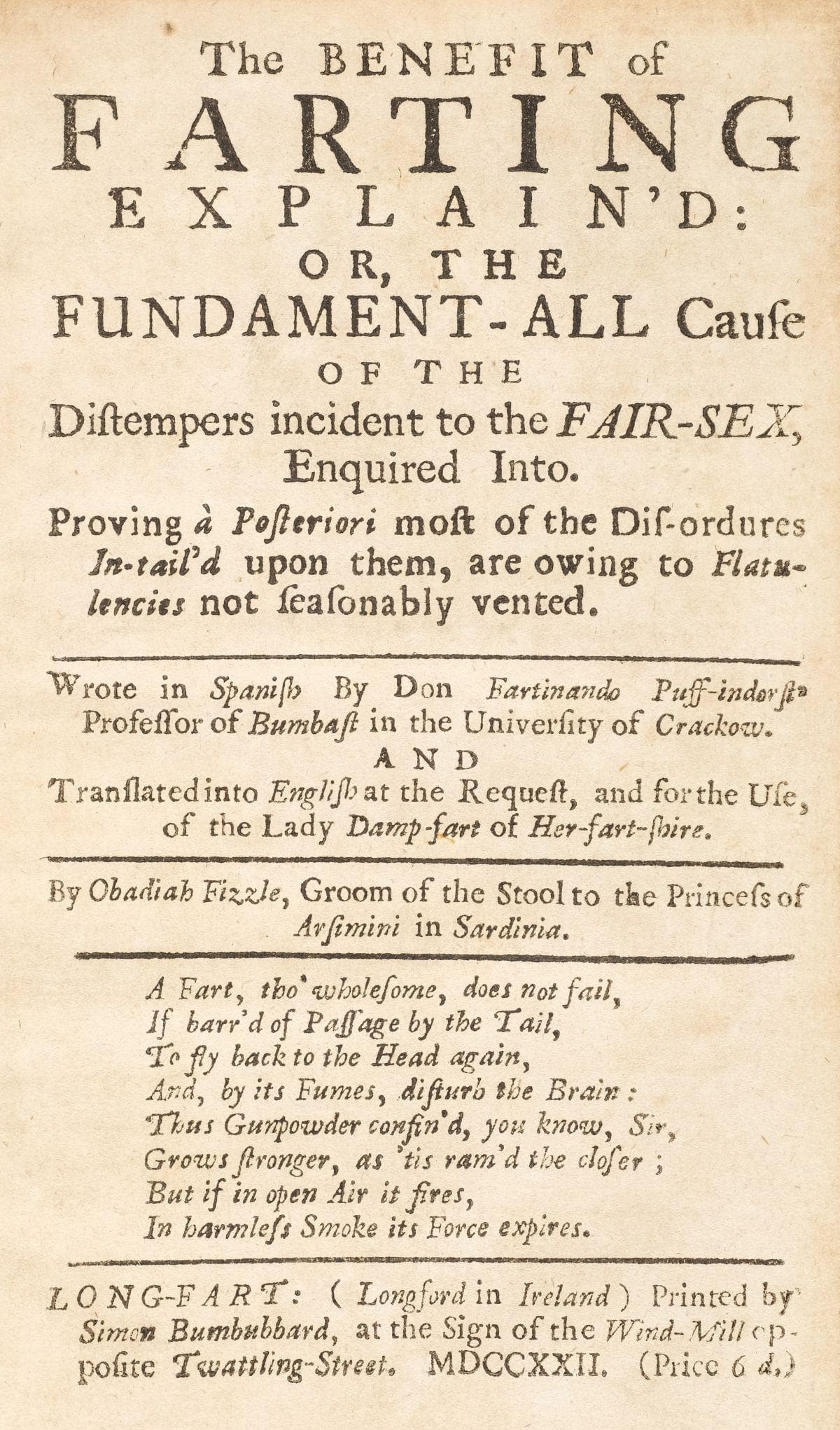 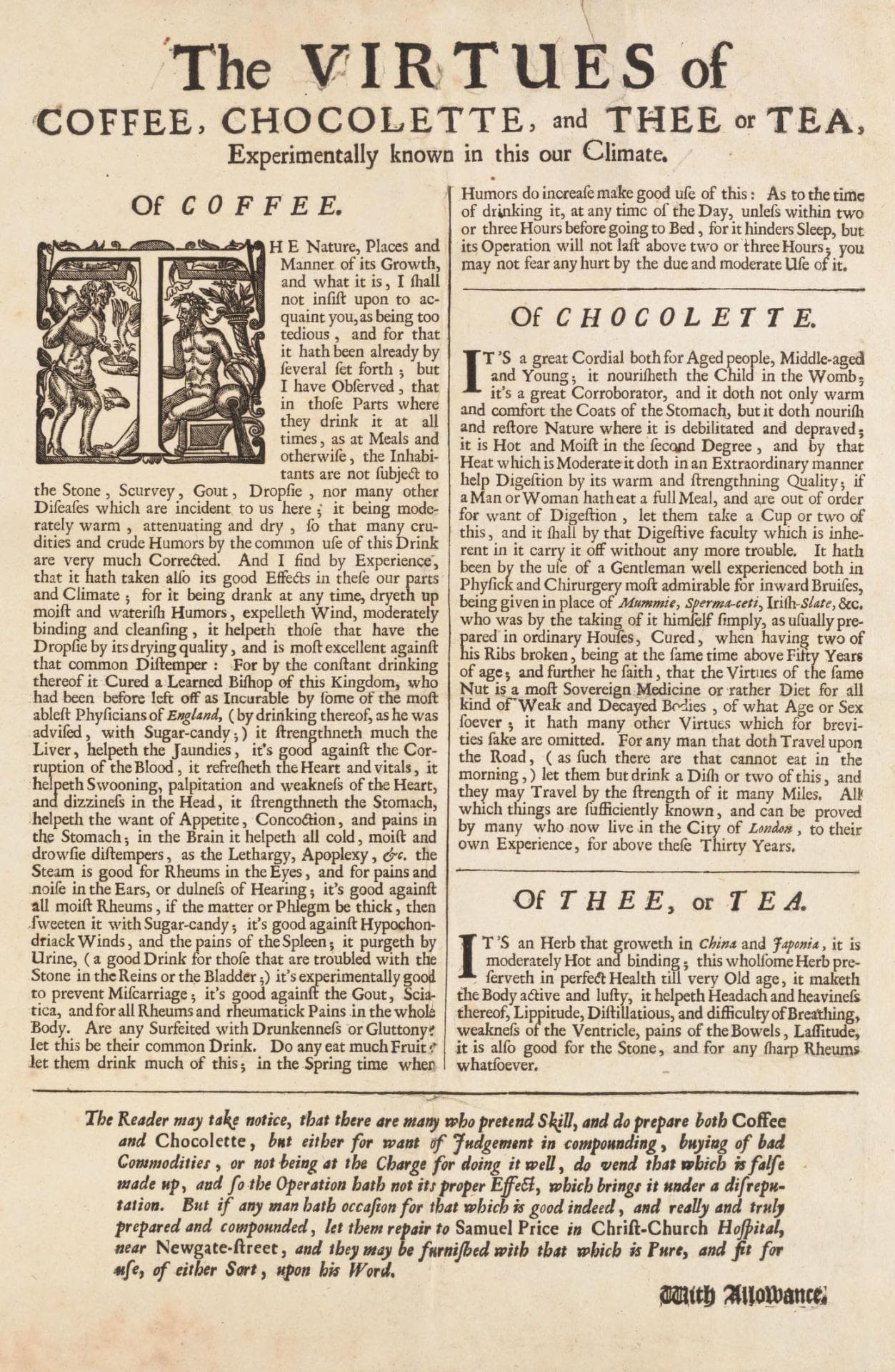 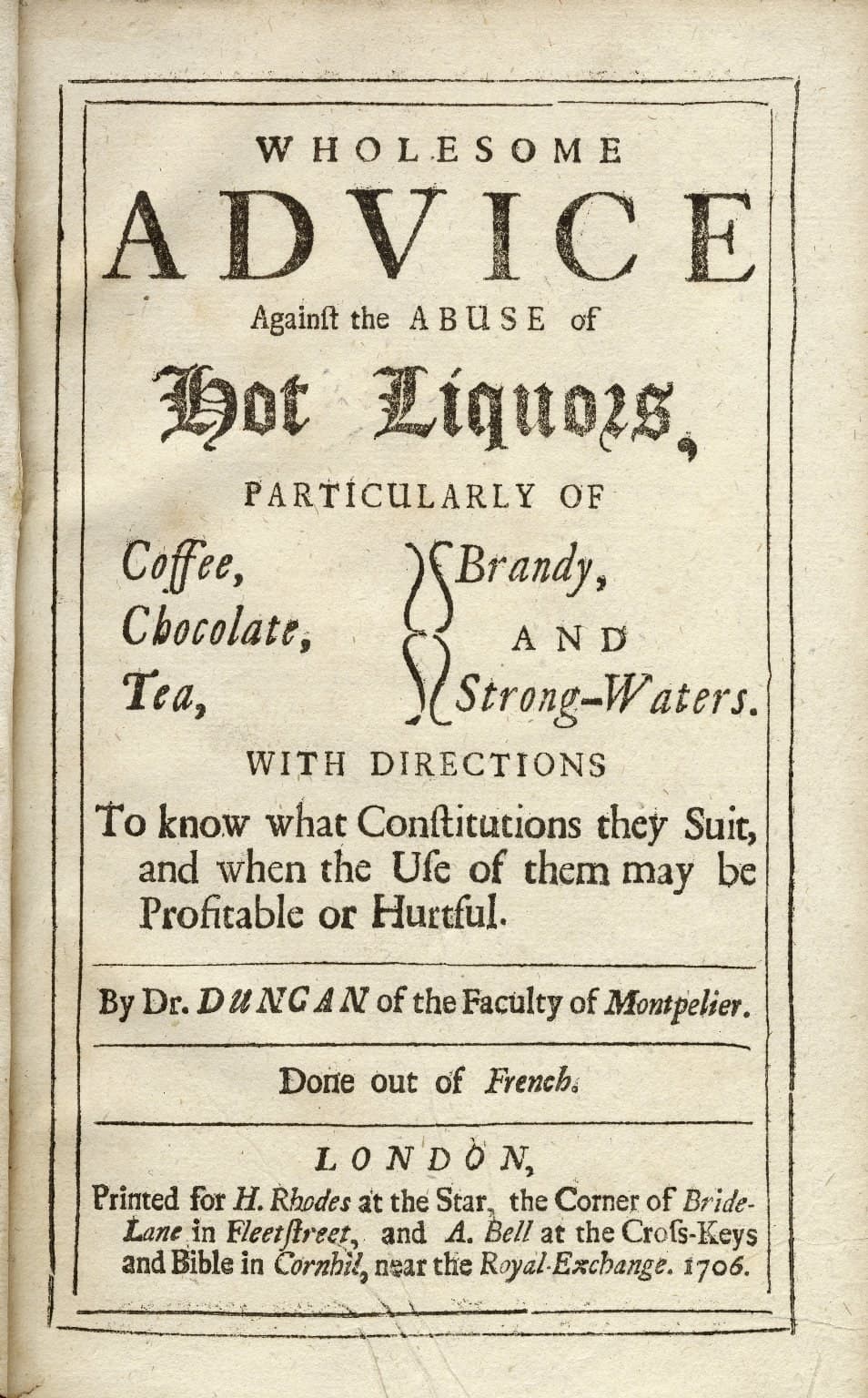 Thus, since the drinking of coffee and tea also causes ingestion of air, the author argues that more and more farts are being produced inside the bodies of women. One “reasonable FART” might prevent all the diseases that women force upon themselves by holding their farts in. Yes, indeed, the idea that women do not poop or fart has persisted since at least 300 years ago.

If one does not fart, it is the “first cause of Quakerism, and Enthusiasm.”

Jonathan Swift then designs to go about the topic thusly: first, to explain the substance of a fart; secondly, to “shew the ill Consequences of suppressing it;” thirdly, to prove it’s lawfulness; and fourth, the benefit of farting.

First, the author brings up a debate amongst scholars. Is a fart substance or “spirit?” The physicists insist it is purely a “spirit.” It must be a spirit, because a fart, which hardly weighs a “thousandth part of a Grain” will “in one Minute, expand itself so far, as to occupy the whole Atmosphere of a large Drawing Room.” That is certainly true.

The chemists claim it is a substance since it’s sulphuric smell can be both ignited and detected by the nose. A certain Cartesius claims to have cooked it up into a sort of saltpeter according “to the French Taste” and used it for gunpowder but unfortunately “blew up” his beliefs.

The mathematicians argue a middle ground: a fart is a quantity (as the chemists claim) but it is indivisible (as the physicists claim).

Jonathan Swift thus defines a fart as “A Nitro-aerial Vapour, exhal’d from an adjacent Pond of Stagnant Water of a Saline Nature, and rarified and sublimed into the Nose of a Microcosmical Alembic, by the gentle Heat of a Stercorarious Balneum, with a strong Empyreuma, and forc’d through the Posteriours by the Compressive Power of the expulsive Faculty.”

Secondly, Jonathan Swift then claims that the suppression of farts by women “vents itself intirely in Talkativeness; hence we have a Reason why Women are more Talkative than Men.” This is why, he claims, we have the idiom “Tell a Tale, or let a Fart.” The frequent fits of laughing and crying called “vapours” or hysterics is caused by the suppression of farts. When the air travels internally, it first tries exiting as a laugh. If it reaches the top of the head, though, it can turn into tears.

This is ridiculous to read.

Thirdly, Jonathan Swift sets down that farting is not forbidden by any law, and “where there is no Law, there can be no Transgression.” Both the Law of Nature and Cannon Law are for it, but Civil Law is against it until King James I wrote “HERE ALL FARTS ARE FREE” above his castle gate after a man died in his presence from holding in his fart.

If some “Toast of the Town” were to make farting fashionable, then everyone would adopt it. He then goes on to claim the high esteem farting holds in Holland and France.

Finally, the benefit of farting would make women both happier and help them save money on medicines used to cure the symptoms of holding in their farts. Farting can also make others laugh from the occasion. “The Celebrated Author of a Book, called, Laugh and Be Fat, proves Laughing to be a very wholesome Exercise.” The author then goes on to claim that farting was why music has harmony: musicians noted that when two people farted next to each other, they produced different pitches. Listening to a performance of farts at the tea table is much preferable to idle gossip.

Scatological humor, which is what we call poop jokes in academia, was as common in the past as it is today. Mozart, Jonathan Swift, and Benjamin Franklin were all found of writing these jokes in their letters and pamphlets. When we are shocked to find that such learned men indulged in such petty humor, we should remind ourselves that nearly every one loves a good poop joke.

And yet, even today there are legitimate health articles on the Internet that need to reassure people that farting is indeed beneficial and okay. Let us state once-and-for-all that bowel movements are healthy, humorous, and necessary.