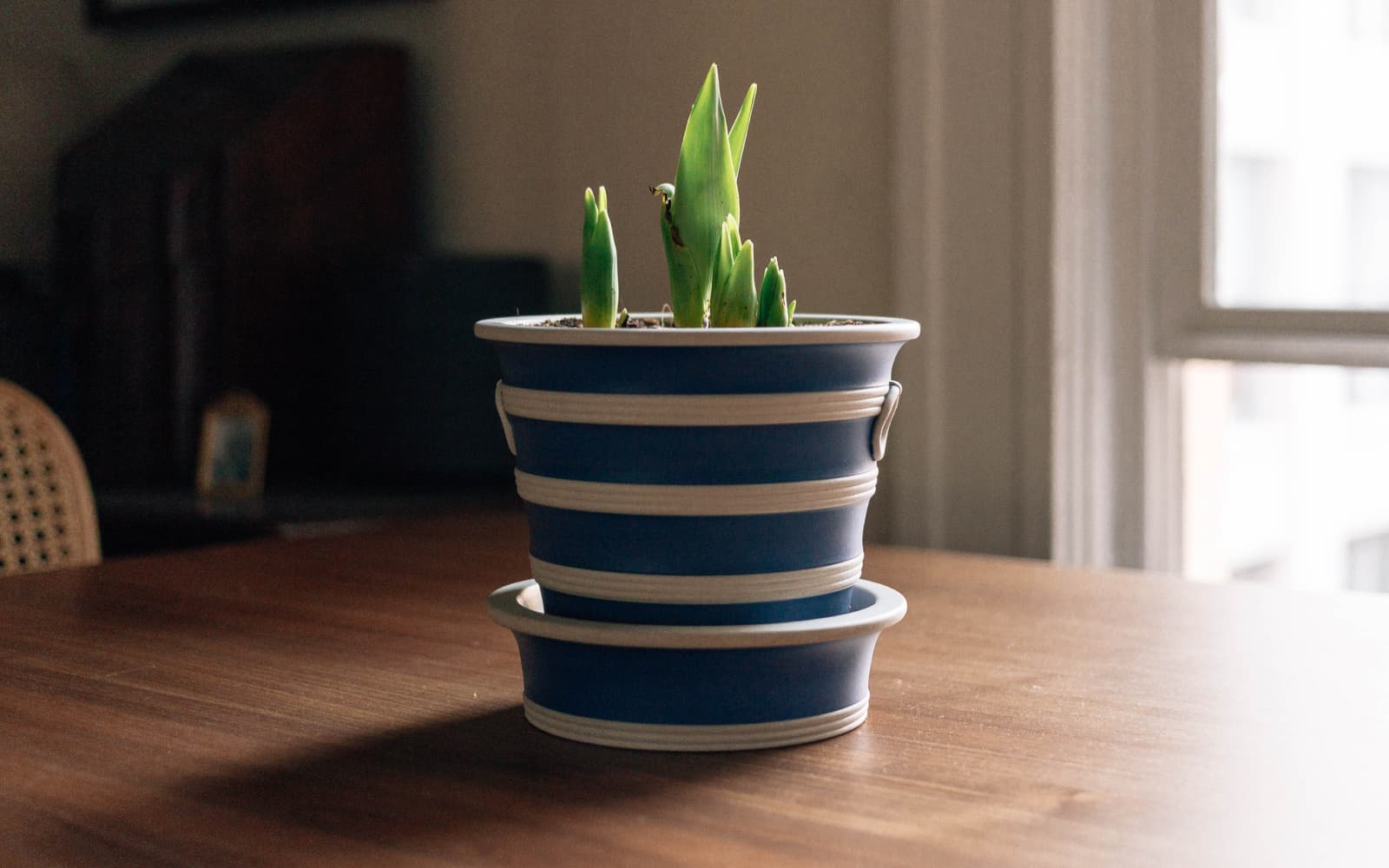 Silent flowers
Speak also
To that obedient ear within.

My mother has been flooding my messages with photographs of the blooming plants in her garden: tulips, hydrangeas, peonies, daffodils, crocuses, hyacinths, dogwood, ornamental pear, and the other usual suspects that peep up in the spring.

It wasn’t too long ago that I tried my hand at forcing tulip bulbs to recreate some semblance of a garden while sequestered in the city. I planted my “painted” or broken tulip bulbs — so named for the parti-colored stripes that are etched on the petals — in November within an 1840s Wedgwood cachepot.

Off the bulbs went into my vegetable crisper in the refrigerator to lay dormant from November until March. Early on while misting the pot, the topsoil became covered in mold. I wiped it off and avoided any extra moisture while they rested. Then around February, they prematurely began to show shoots through the soil. These tulip bulbs were being uncooperative with me.

I took them out and let them bloom. The pale shoots turned into grassy green once the sun soaked their surface. Up and up the buds went until some force inside them said it was time to bloom. Their size was diminutive and the blooms small. Perhaps the mold and premature sprouting left them stunted. They did not compare to the tulips in my mother’s garden; soaked in Michigan rain and buried deep in former tilling soil, those tulips dazzled the eye. 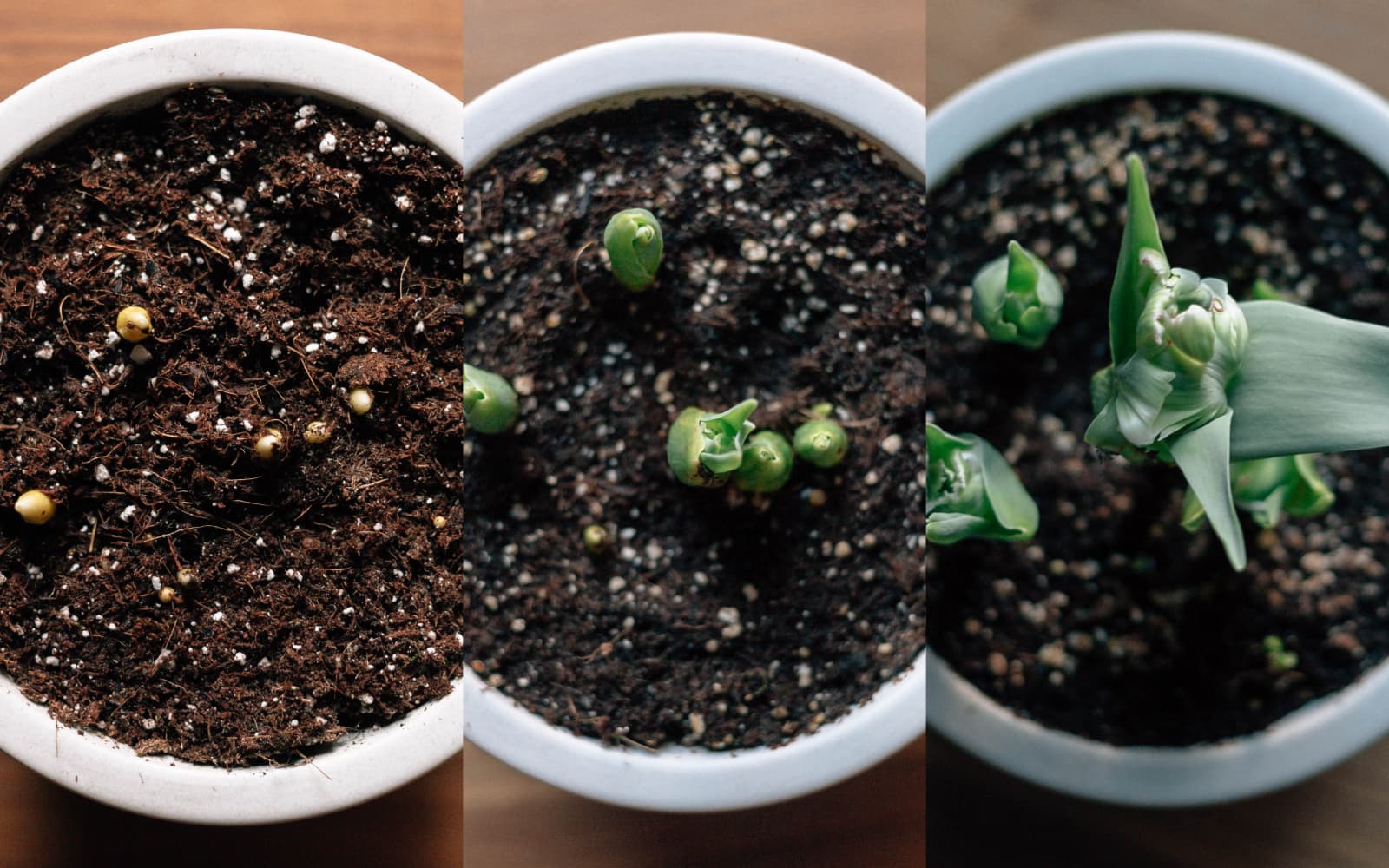 Did my tulips smell? They were all looks with no scent.

Is a flower without scent “silent?” In perfumery, there is group of florals known as “silent flowers.” A silent flower is one in which traditional extraction methods cannot isolate the fragrance. A silent flower does of course produce a smell naturally — lilac, violet, wisteria, lily of the valley, carnation, and gardenia to name a few — but their scent is out of reach to the perfumer and they cannot lend their “notes” to the music of fragrance.

And yet, one can buy violet perfume. The perfumer is clever here: by taking known smells of other materials, he mixes a semblance of what one might think is violet but is indeed other florals, musks, and such. The perfumer can give a voice back to these flowers.

Only recently have sophisticated chemical processes unlocked certain silent flowers. Entire corporations have positioned themselves as the only source of a silent floral extract. Profit is a relentless innovator.

I wonder what we lose when we gain? Should everything be extracted and bottled and enjoyed to fill our soaps, oils, and perfumes? Or should we relish the curiosity of this earth and its inconsistencies and barriers? There is something to be said to force ourselves to kneel to the ground and put our nose upon a blossom so that we may “hear” what it has to say. 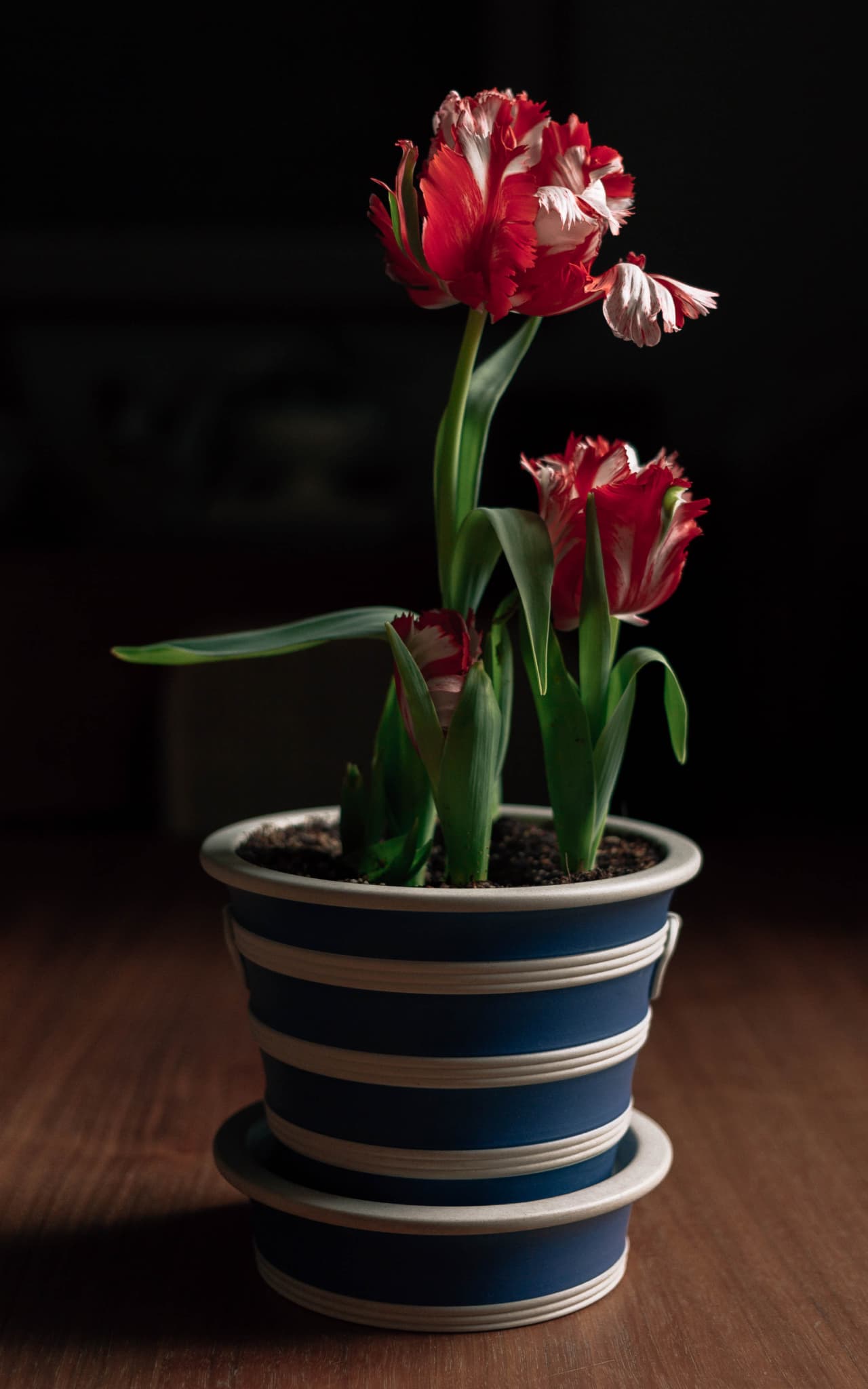 The Scent of Agarwood 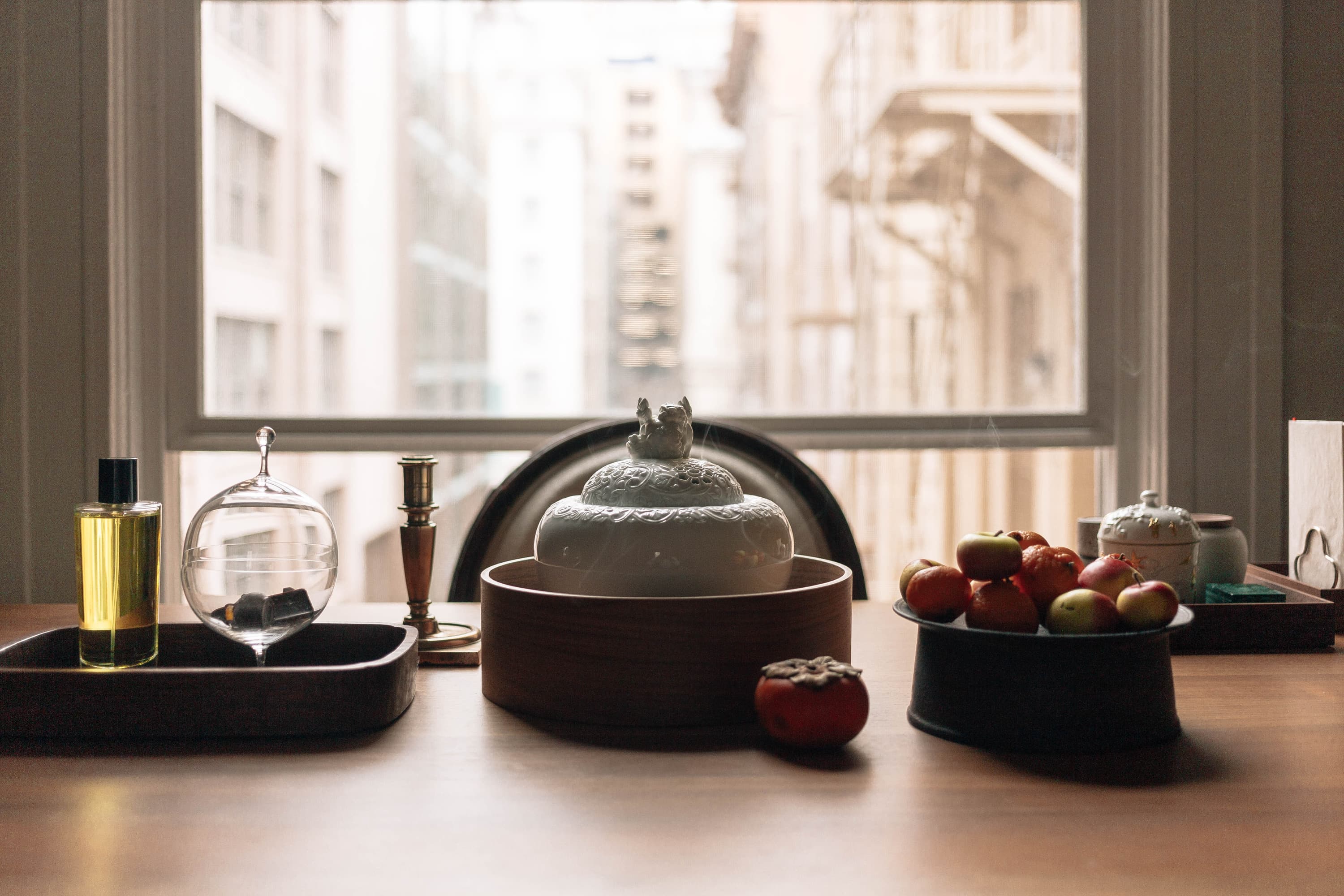 I have been less in the habit of sharing online through social media, and while I do not miss social media, I do miss sharing my little vignettes.

And so, I will get into the habit of sharing with close friends infrequent but hopefully satisfying tidings. I have sat down to write today on repair and incense. There is a cup of tea next to me resting on my iPhone. These devices work as wonderful coasters (perhaps their only practical use). They are water resistant and always at hand.

I was talking with a friend, who has been refurbishing homes in the English countryside, about his pleasure in fixing them up. It reminded me to take more seriously the mound of broken ceramics I own that need repair. I sent a coffee pot to a professional to be restored, but my own pieces that sorely need kintsugi sit in a dusty pile on my dining table. I can see the appeal of restoration: to fix something in a world filled with increasingly unfixable things. It is one of the few refuges where we can leave things better than how they were found. I do not think we ever own anything: we are custodians for them until they pass onto new hands.

Agarwood maintains a softness that suffuses the home and sits like a layer of plush sweetness in the air. 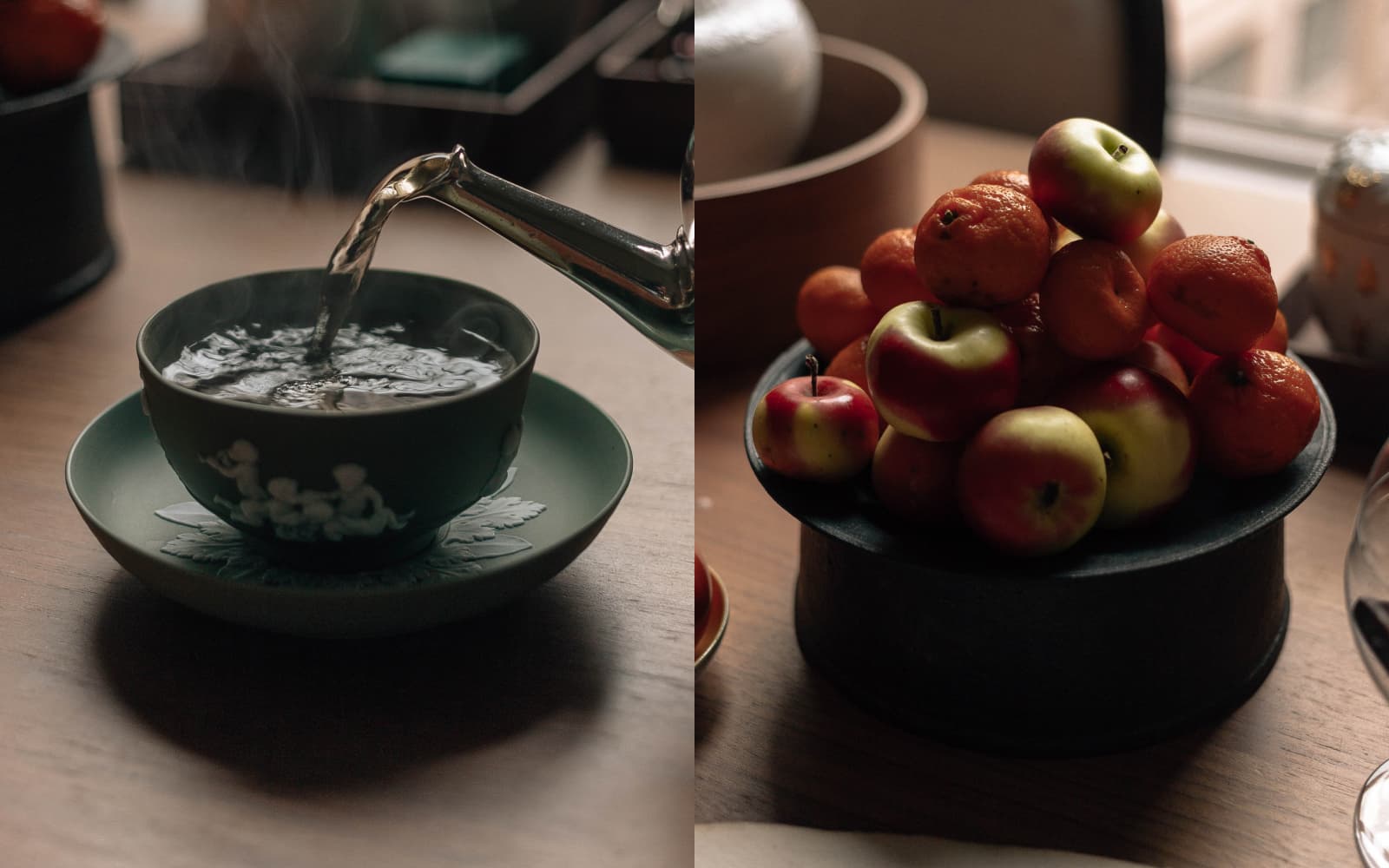 I was burning sticks of agarwood incense earlier today. I had no expectations about how they would smell. Agarwood is one of those words you see circulating in old texts and always in luxurious settings. The tree that carries the name agarwood is infected by a mold (or fungus in artificial versions) and produces a resin in response to the infection. This is highly prized. It reminded me that “broken” tulips and noble rot in wine were also places where infection produced a superior item of unusual quality. 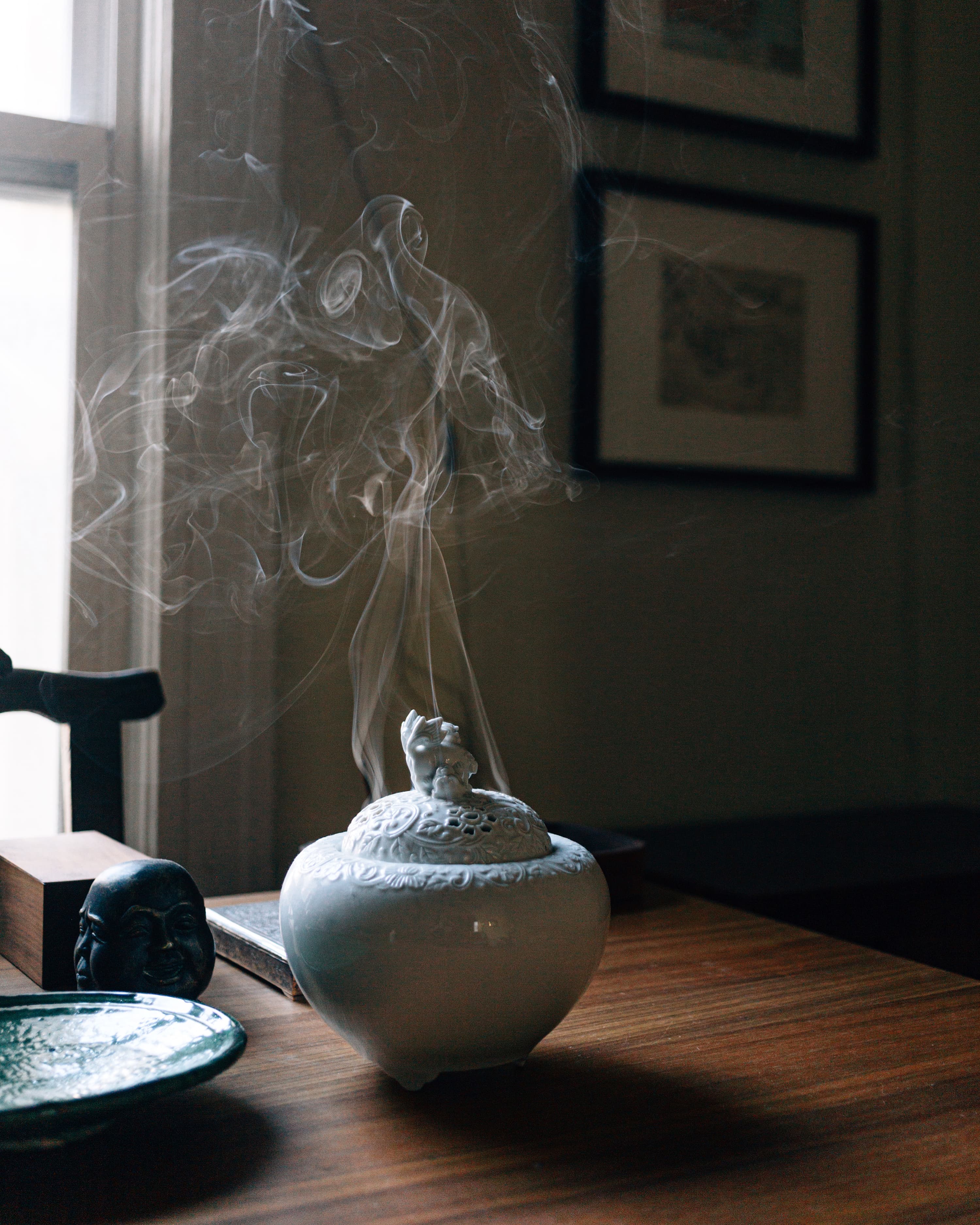 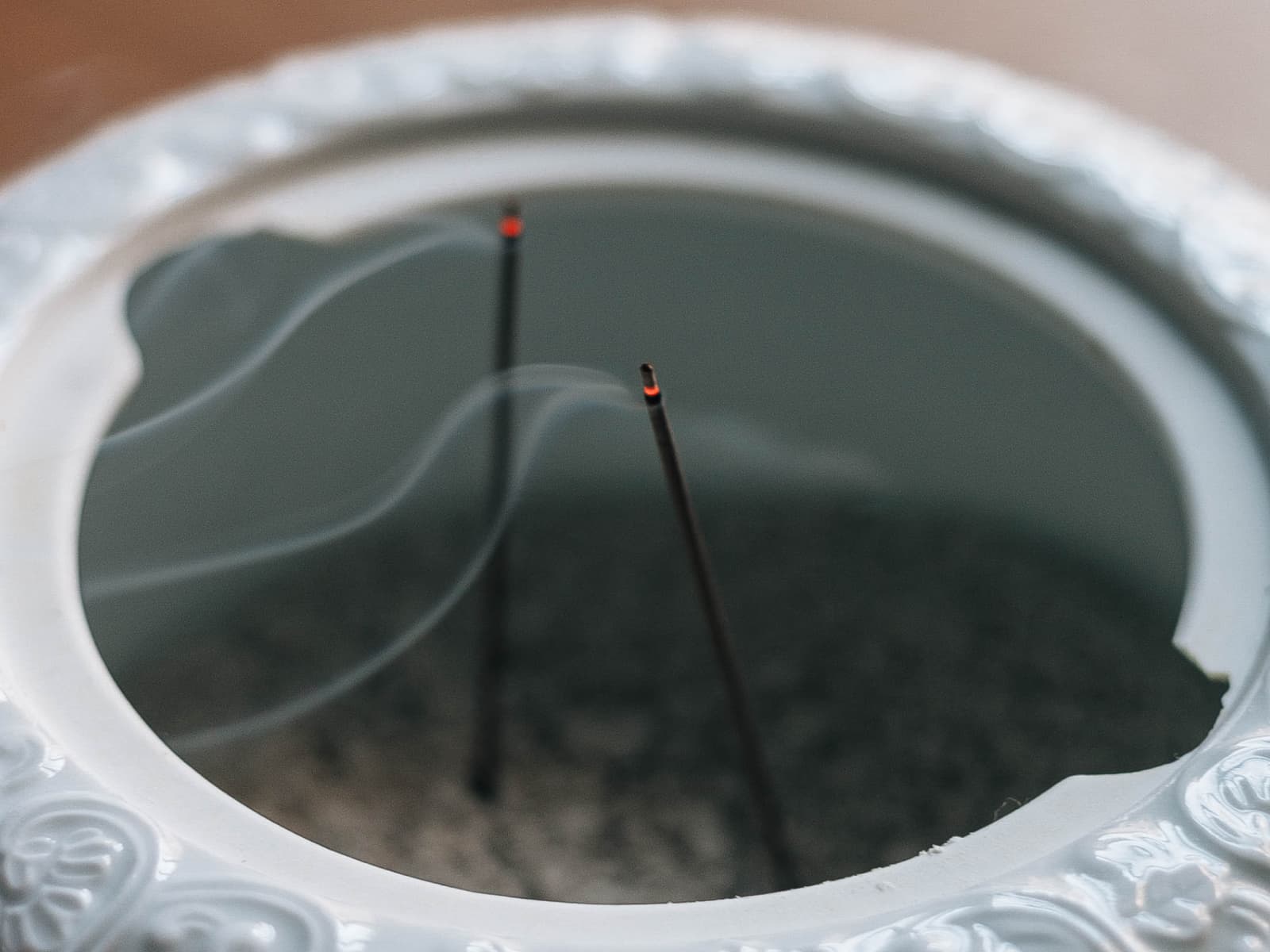 Agarwood has a fragrance unlike any other. It is soft and creamy with hints of vanilla and cherry. It is impossible to pin its fragrance against another, even as I try to grasp to memories of other scents. It balances the power of earthy musk and resin against the volatile and free scent of flowers and fruit. Even though true oud oil is derived from agarwood, perfumers fail to capture agarwood’s scent in perfume. Incense may be the best mechanism to experience it. When burning, agarwood maintains a softness that suffuses the home and sits like a layer of plush sweetness in the air. When I burn it, I am inclined to cover my eyes and ears to amplify the scent as much as possible.